Editor’s Intro: Charlie Quirk, a strategist at Wunderman in Seattle, believes Chrysler might have gotten better mileage from its epic Super Bowl spot this year, had they chosen to play the story out in different channels, instead of just relying on TV and replays on YouTube. 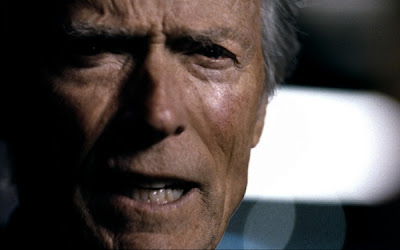 A little over six weeks have passed since Super Bowl XVI played out in Indy. Like everyone else, I was moved by Wieden + Kennedy’s beautiful “Halftime in America” Chrysler commercial featuring Clint Eastwood. As DB pointed out astutely in a recent post, the spot harkened back to the acclaimed Hal Riney “Morning in America” ad from Ronald Reagan’s 1984 re-election campaign.

Chrysler seems to be positioning Detroit as a proxy for the United States. After all, if the Motor City can pull itself out of its economic funk, then surely signs are good for America at large too. While emotionally powerful, perhaps the most compelling endorsement of this strategy is the fact Chrysler is selling plenty of cars. Recent figures show a year over year increase of 40% in Chrysler sales.

While the numbers don’t lie, this year’s “Halftime” also felt a little incomplete. In addition to echoing the Morning in America campaign, Chrysler’s recent efforts are emotively powerful in the style of the Obama “Hope” Poster, or Nike’s Instant Karma spot — they seek to tug on the heartstrings and actively encourage the viewer to imagine a more appealing reality than the status quo.

But simply leaving the message at the TV screen lets the viewer off easily if you ask me. The message may be right for the times, but the execution feels stuck in the eighties. Chrysler’s aim should not to have people simply nod and be briefly inspired only for this hard won inspiration to peter out meekly. Unlike buying sneakers or ticking off a ballot card, buying a car is a significant financial investment — consumers need more proof points on the path to purchase to convince them they are making the right choice. In this age of ROI demands and online conversations, a singular TV spot, howver powerful, feels a little incomplete.

With this in mind, the following are a few ways I feel this campaign could be built upon following Clint’s fleeting but powerful call to arms. As with all things, hindsight is 20-20.

Chrysler’s Second Half Stories
This direction could have shown regular folks telling their personal stories on a custom built microsite. Real Americans telling tales of how they pulled themselves off the canvas after life punched them in the face. The message being that adversity in all its forms can strengthen one’s resolve; that second acts in life can be far sweeter than the first. Real life stories of less famous Robert Downey Juniors.

Hashtags
Many feel advertisers went overboard in using hashtags in Super Bowl commercials this year, but I think Chrysler not using one was a missed opportunity. A hashtag related to the TV spot could have acted as the connective tissue across all screens (Smartphone, Tablet or PC), not just the TV. Predetermined hashtags like #SecondHalfStories or #HalfTimeInAmerica would have given visibility to the messages being discussed on the microsite, as well as in the Twitter and Facebook communities. Hashtags have crept their way into the mainstream and this would have been a cheap, user generated way to maintain momentum around the “Halftime” sentiment.

Visible Community Outreach/Partnerships
Partnering with organisations like Lemonade Detroit, Detroit Recovery Project, and Visit Detroit would demonstrate that Chrysler has skin in the game in facilitating Detroit’s resurrection. Every major corporation has CSR initiatives, but Chrysler should be publicly championing and advocating for these causes at every opportunity. The more Chrysler can authentically demonstrate it has aligned itself with the ethos of Detroit’s recovery, the more believable the overall strategy becomes.

Summary
Chrysler’s “Halftime” spot was a gem. It was clearly the pièce de résistance of what many feel was a pretty weak Super Bowl batch.

While a steady increase of sales shows Chrysler’s patriotic approach is resonating, the campaign may well have been even more effective by incorporating new and evolving engagement strategies beyond the TV screen.

An Australian based in San Francisco, Charlie is a Global Strategy Consultant for some of the world’s most well-known B2C and B2B brands including Microsoft, Chevrolet, AT&T, and HP throughout the Americas, Europe, Asia, and the Middle-East.